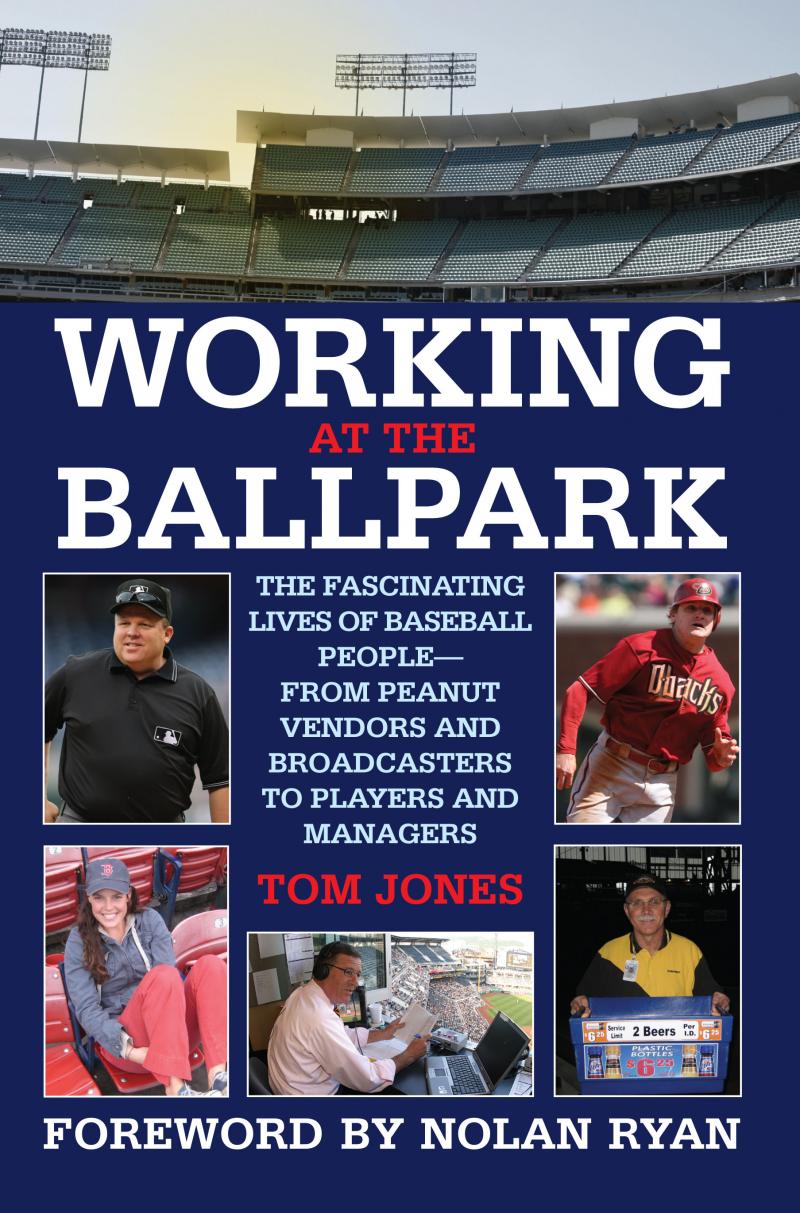 I recently read a book called Working at the Ballpark: The Fascinating Lives of Baseball People- From Peanut Vendors and Broadcasters to Players and Managers by Tom Jones.

It truly was a fascinating book.Have you ever really thought about what goes on before, during and after a game? No, not just batting practice, the game, and hitting the clubhouse. There are so many elements to a baseball game, it’s almost unbelieveable that so many games go as smoothly as they do.

First of all, there’s the players and coaches. The amount of preparation that goes on behind the scenes is unbelieveable. Players are doing a lot of workouts, and a lot of studying of pitchers and hitters. All the pitchers have their own thing that they do to prepare to pitch. They also have extensive conditioning and massages. The pitchers and catchers especially have to do ridiculous research and studying of the hitters of the other team. The coaches have to know everything that is going on with their players, if any of them need a day, or how their injuries are doing. Plus they have to learn a lot about the other team as well.

Then you can broaden the spectrum a little, going to the umpires, batboys, and ballgirls. The umpires have to be ready to call a whole game. The batboys have to set up all the player’s equiptment and all the snacks and drinks.

Then you broaden the spectrum again, to the broadcasters, TV guys, scorekeeper, and scoreboard operator. The broadcasters have to know how to pronounce every player’s name, have all the notes and news from the club, and a lot of information to sprinkle into the broadcast. Same with the TV guys. The scorekeeper needs to be ready with all the information on the players like their numbers, names, and positions. The scoreboard operator has to have interesting facts and strange activities to play in between innings. He has to make sure everything is working as well.

Plus, all the writers and reporters have to be ready to write about the game. They, too, have to have all the latest notes and news from the team, the press releases. They have to attend a little meeting with the manager and try to talk to some players before the game.

Oh, man, it just goes on and on. There are hundreds of vendors who have to get their food and be ready to go out there and sell. There are lots of food stations all over the ballpark that need to be stocked. There are many, many, ushers that need to know their sections and be able to help people get to their seats. There needs to be someone to throw out the first pitch and sing the National Anthem. I’m sure I’ve missed a TON of things that happen at the ballpark every day. It’s incredible.

So, to get a better picture of the vast amount of things that happen every day, I would highly recommend this book. It was a great read. I especially enjoyed reading about some of the Padres personnel, like CEO Sandy Alderson, Head Althletic Trainer Todd Hutcherson, and Head Groundskeeper Luke Yoder. It’s a facinating book. As we go into this new season, check out this book. It is a must-read for every baseball fan. 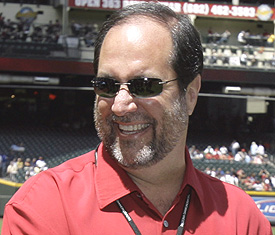 Yesterday, the Padres announced that current owner John Moores has agreed to sell the team to Jeff Moorad. Moorad will only buy one-third of it for now, but over the course of five or so years, he will eventually get majority control. Moores will stay in an ownership postion until Moorad takes full control. Moorad will become the CEO once the deal gets done. Current CEO Sandy Alderson will then step down.

This is pretty much the best Padres news we’ve had this off-season. Like I’ve said before, a new owner equals new hope for Padres fans. We now have a new person who is gaining control. He will do things differently from Moores. He will have different and hopefully better ways of doing things. The way he helped the Diamondbacks was amazing. I mean, he could really help us out of this pit. I truly think that with him here, we will eventually get our payroll up, and that we will have a winning ballclub here. Within five years, I think we will be very competitive. We’re going to be building from bottom up. Our best prospects are starting to come up. As the years go on, more and more of our highest prospects are going to be coming up here and making a difference. This is so exciting!

And I do want to give credit to John Moores, Sandy Alderson, and Kevin Towers, though. Moores did a lot for this club, some good, some bad. He got us into Petco Park, and that was huge. But he drove Trevor out of San Diego. That was not good. But these guys did a lot for the Padres, though everything fell apart at the end. Moores will still be around the organization, but Alderson will be stepping down. I don’t know what KT will be doing, but he will probably stick around for a while.

Most Padres seem very happy about this. I know I am. Some of them are wary because Moores will still be around, but this is just great. We are taking a big step in the right direction. I am very excited. Padres fans have hope for the future. It’s going to be great!

I got #36 today in the Latest Leaders. I don’t think I’ll be able to find a prominent Padres player who had 36…so I dedicate it to whoever wears 36 in our minor league system! Haha, I’ll do more research on that…