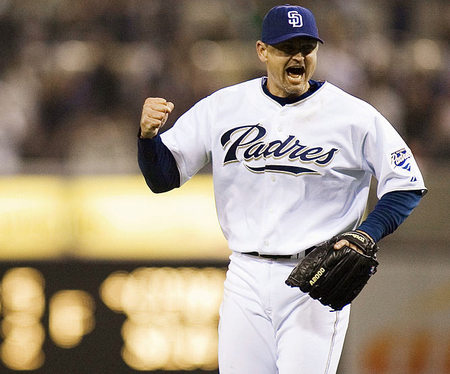 Today is Trevor Hoffman’s 43rd birthday. This year was a big one for Trevor as he got his 600th save with the Brewers. But he only got 10 saves total this year, which was not that great. He blew a whole bunch and then was demoted from his role as closer. I think the years are finally catching up with him, but he’s still an amazing guy. He’s probably not going to be with the Brewers next season, so Padres, hint hint hint.

Sure, we probably won’t have him replace our Delivery Man of the Year, Heath Bell, but before Trev retires, he’s gotta come back to his Padres.

We love you, Trevor. Hope you have a day!!! And hey, come back to San Diego soon, yes?