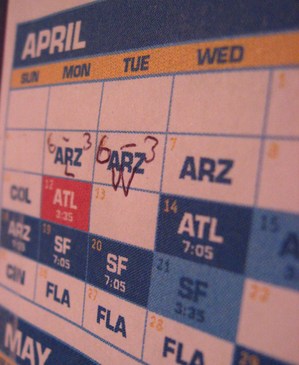 We saw a great Padres team during Spring Training. Somehow, that team got left behind on Opening Day. But thankfully, they got here last night! That dominant-pitching, base-stealing, agressive-hitting, stunning-defense team that we watched in Spring Training has arrived.

Seriously, it was a huge relief to watch these guys play last night. They had me a little worried there after Opening Day, but I think everything’s going to be okay.

A huge part of the success of this game was the pitching performance by Chris Young. Did you know that this guy hadn’t started a game since June of last year? Anyways, he threw six incredibly solid innings. He threw a one-hitter with three walks and five strikeouts. Man he was solid. That was the Chris Young that we saw in 2007. He’s been plagued by injuries for the past few seasons, but I think he’s really back. And that’s HUGE news for the Padres. It’s just huge. Amazing outing by CY last night. 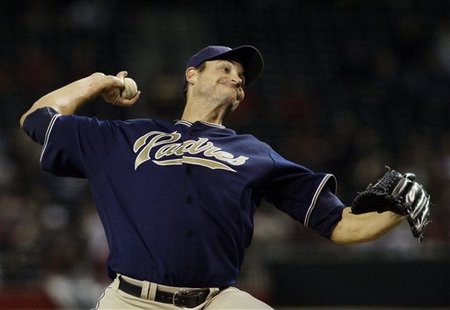 Another big part of this game was Everth Cabrera. In the top of the second, he hit a two-run double to break open the game.

Then Will Venable hit a solo homer in the top of the fourth. That kid has soo much power! 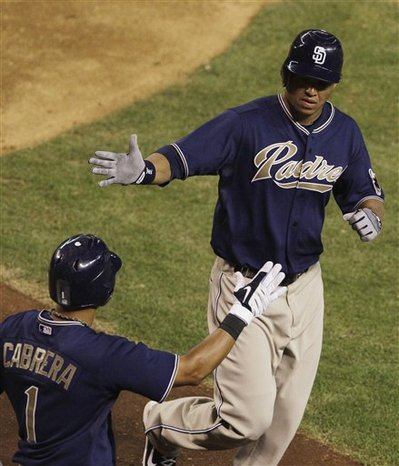 In the top of the sixth, Everth did it again. This time he hit a two-run triple to extend our lead to 5-0. He finished the game with three hits and four RBIs.

CY was pulled after only 86 pitches, so the bullpen came in and made things interesting. Luke Gregerson came in and gave up three runs. Not good. Then Cesar Ramos and Mike Adams came in and they did fine.

So we went into the top of the ninth with a 5-3 lead, and I was already thinking about getting some insurance for Heath. Yeah, I know, he did great last year, but he made it interesting enough to make me nervous even with a two-run lead. So I was thrilled when Adrian Gonzalez hit his second home run of the year in as many nights.

We got our extra insurance run, and Heath Bell came in to try to save his first game of the year. He did make things interesting, as usual, which was actually caused by his defense, but then they redeemed themselves by turning a double play behind him. He struck out the last batter to finish of the game.

Huge sigh of relief. That game was amazing, and soooo much better than the game before. I’m so thrilled that we were able to play so amazingly last night.

By the way, we stole three bases last night. It was really cool to see all that during the spring, but even better to know that it’s actually going to happen in the regular season.

Tonight we’re wrapping up this series with the D’backs. Kevin Correia will be starting for the Padres. YAY!!

Tomorrow = two words: pitchers and catchers. WHOOOHOOOO!!! We are finally back to baseball! Sure, they are basically just running and streching, but they are running and streching in preparation for baseball. It is so exciting! How many long, hard months have we been waiting for this? Too many. Way too many.

It’s going to be a tough season for me and all Padres fans. I just read a preview for the Padres and 2009 looks very bleak. It was a depressing article, actually. It seems very likely that Jake Peavy will not end the season with us. We’re not going to win that many games with the team we are planning to put on the field. And I mean, VERY depressing article. But I need to have hope that this team will play above expectations. I mean, who thought the Rockies or the Rays would get to where they went? We can win. I know that. I am dying for my team to prove that they are better than what people expect them to be. I am a Padres fan, and proud of it. We may lose a lot of games this year, we might lose our All-Star, CY Young winner and ace Jake Peavy, but I will stand by my team and I will support them through the good, the bad, and the ugly. It just won’t be easy.

But now, here is the most shocking news of all. You all know that I am super excited about tomorrow, and that the Padres’ 2009 season is finally getting started. But…I am not going to be here! *gasp*! No, I will not be in San Diego, and no, I will not be in Arizona (that would be amazing!!), but I will be up in the mountains with a group from my church. We will be serving a group of about 700 teenagers in a camp up there. We serve them all their meals, but we get some time to ourselves to have Bible studies and stuff too. It’s going to be a lot of fun, and I am really looking forward to it. There is two feet of snow up there right now from the storm last weekend, and there’s another storm coming in today. It is going to be very cold. I’m really hoping that we’ll be able to get up there before it starts snowing. It would be a big hassle to try to drive through the snow and everything. I have never been in falling snow in my life, but I have a pretty good feeling that I will be this weekend. It’s going to be very cold, but I am very thankful that we have heated cabins with bathrooms on the inside. It’s going to be an adventure, that’s for sure. So, if any of you think of it, we would really appreciate prayer as we minister to a lot of hurting teenagers, and also safety on the road with the inclement weather.

We’re leaving this afternoon, and we’ll be back on Monday afternoon. Also, if there’s any big news in the baseball world, feel free to leave me a comment so I can catch up on everything when I get back. Of course, you can also just leave a comment saying how much you miss me 🙂 I’m really going to miss blogging and reading all of your blogs! Hey, you could also post links to entries you write so I can definitely read them when I get back! OK, OK, I do want a lot of comments when I get back 🙂 See you Monday! And GO PADRES!!! 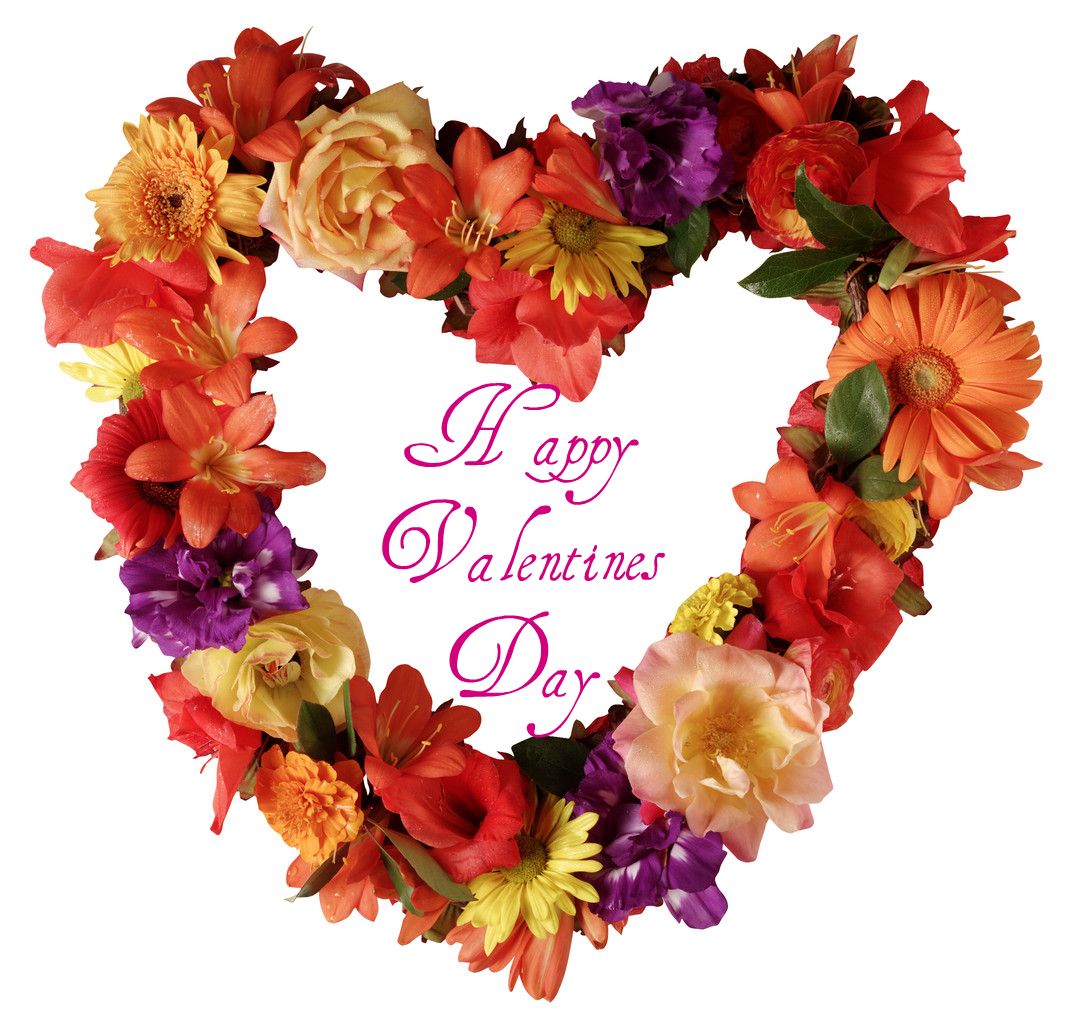