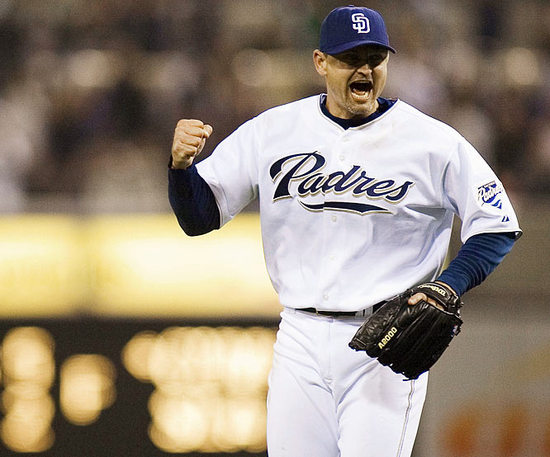 We were so blessed to have him here for so many years. 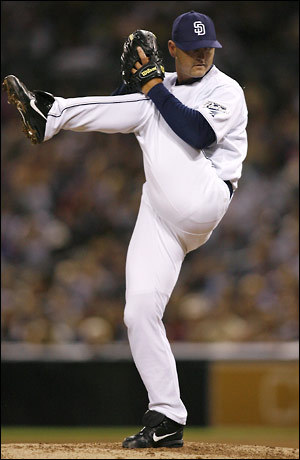 Trevor, I don’t think you’ll ever know the impact that you’ve had on me and the city of San Diego. Even when we didn’t have many championships to look forward to, we always had amazing moments to look forward to because we had the best closer in all of baseball right here. Not only were you an amazing influence on the field, but you were an amazing example of sportsmanship and leadership.

I’ll never forget sitting in my room on a September afternoon, the radios blaring, as we listening to you getting your 479th save. That was such an incredible moment that it brought me to tears. I didn’t really know much about your career at that point, but I knew that that was a very special moment.

Thank you so much for everything. Thanks for all the memories and fun times. Thanks for staying here as long as you did. Thanks for giving us something incredible to cheer for and to watch. Thank you for being such an integral part of this organization.

Even though you were a member of a couple other teams, I know that you will always be a Padre. Especially now that you’re joining the club in a front office role, you are going to become a Padre again. I’m so excited that you’re back home, where you belong.

I love you Trevor!!

Today is Trevor Hoffman’s 43rd birthday. This year was a big one for Trevor as he got his 600th save with the Brewers. But he only got 10 saves total this year, which was not that great. He blew a whole bunch and then was demoted from his role as closer. I think the years are finally catching up with him, but he’s still an amazing guy. He’s probably not going to be with the Brewers next season, so Padres, hint hint hint.

Sure, we probably won’t have him replace our Delivery Man of the Year, Heath Bell, but before Trev retires, he’s gotta come back to his Padres.

We love you, Trevor. Hope you have a day!!! And hey, come back to San Diego soon, yes?

He threw his hands up in the air as teammates surrounded him. The sign in the outfield finally moved from #599 to #600.

Trevor Hoffman earned his 600th save last night in Milwaukee.

What can I say about Trevor? He’s one of my all-time favorite players. He’s one of the most classy players to ever step on a major league baseball field. Best of all, he’s a Padre.

I am just soooo happy for him!!! He so deserves this. He’s an incredible player and an incredible person. I love him so much and I miss him like crazy.

Though it was a very happy moment to watch him get that 600th save, it was also very sad because he wasn’t doing it in San Diego. This is his home, not Milwaukee. He doesn’t belong there. He belongs here.

But it’s reassuring to know that wherever he goes, Trevor will always, always be a Padre. 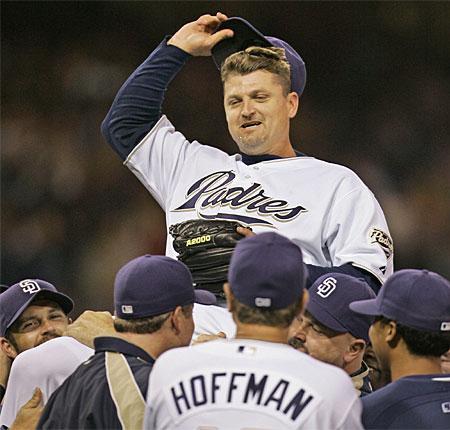 Congrats, Trevor, on save #600. Your whole career has been absolutely amazing and you’ve created quite the legacy for youself. You’re the all-time saves leader! Great work, Trev. You’re an inspiration to many people, including myself.

I still hope that someday you’ll be able to pitch in one more game as a Padre. I miss Trevor Time. No matter what, though, you are forever a Padre. I love you Trevor.

On Saturday, my Padres came up with a great win. Kevin Correia pitched like the ace he is. He threw seven innings, allowing three runs with nine strikeouts. He was gooood.

The offense backed him up really well, so there wasn’t much pressure. In the second, we got three runs on five hits, including doubles by David Eckstein and Kyle Blanks. 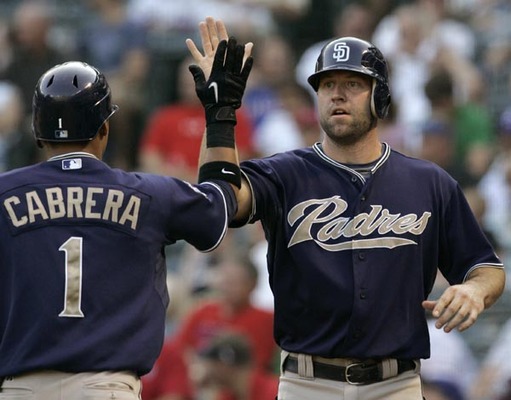 It was a great, great game. We had a season-high 16 hits. Eckstein, Blanks, Blanco, and Cabrera each had two hits. Kouz and Chase Headley each had three. Scott Hairston was the only one who didn’t have a hit, but he made some spectacular catches in center field. He was robbing out there!

Edward Mujica and Mike Adams were great out of the bullpen. It was overall just a great, well-played game.

But what a game we got on Sunday. Even better than Saturday’s. It was clean, simple, quick, but boy was it good.

Chad Gaudin allowed a hit with one out in the bottom of the first…and then he didn’t allow a thing for the rest of the game. He had nine strikeouts in eight innings. He was so good, it’s incredible. This pitcher is not the same pitcher we saw earlier in the year. Man, what a great pitching performance by Gaudin!!

I mean, he threw a ONE hitter!! Man, that was great.

On the offensive side, it was all Scott Hairston. I bet he was pretty upset about not getting any hits on Saturday, so he got them on Sunday. He went 3-for-4 with a single, double, and home run. He drove in our only two runs. 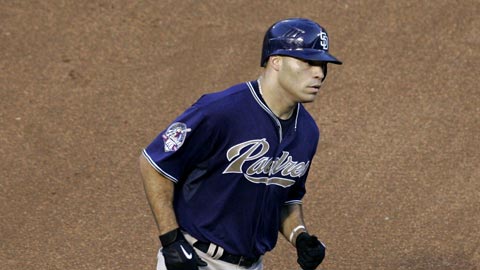 Anyways, Chase Headley and Kyle Blanks each had two hits. I’ve been really pleased with Blanks. He’s really getting into a groove.

It was a great, great game. The pitching was incredible. We did leave quite a few runners on, but we got just enough.

And so, we won a series for the first time since May 25-27 against the Diamonbacks. Yeah, it had been a while. And now we’re done with interleague!!! WHOOO HOOOO!!!! That is so exciting. We were 5-10 in interleague play. We didn’t really survive, but we’re done with it. Whew.

Tonight we are going to be back home. YES!!!! That’s huge. Anyways, we’re playing the Astros for three, then the Dodgers and the return of the Manny.

Where on earth did Mariano Rivera come from?? I mean, he got his 500th save last night. What’s up with that?? Ahem, Trevor Hoffman is the all-time saves leader, and I mean ALL-TIME. I don’t think anyone should overtake him or I will be quite upset. Goodness. You’d better get pumping, Trevor, ’cause you’ve got a guy right on your heels!!

I would like to share a few pictures that my sister took of a baseball. Believe me, they’re amazing. She has a really cheap camera, but she’s really got a talent with that photography thing. 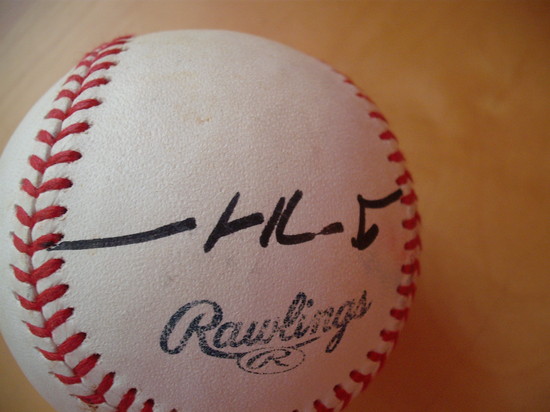 Isn’t it amazing what your team does when you threaten to boycott them? 🙂