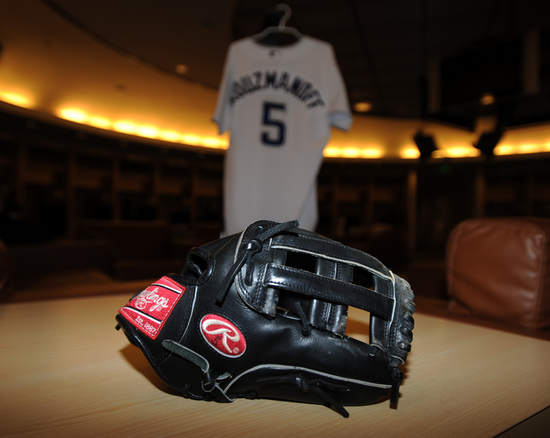 If you’ve read this blog in the past few weeks, you’ve probably heard these numbers like five times. But they’re so worth repeating. In 309 chances at third base this season, Kouz only had three errors, none of which were on throwing, by the way. That’s a .990 fielding percentage, and that’s incredible! It’s gotten him a lot of attention, even from the Hall of Fame! Hopefully it will get him a certain award soon…

Anyways, here’s some pictures from the big event.

Congrats, Kouz. We are so proud of you!
Love you 🙂