Well, let’s see. The Padres lost 4-2 in 10 innings on Monday. We were playing the Diamondbacks, the only team in the NL West who are worse than us. Then came the second game of the series.

Wade LeBlanc started, and he did amazing. I think that was like his fourth quality start in a row. Earlier in the year he had a very high ERA, but he’s improved so much, it’s amazing. He went six innings, allowing only one run on three hits with one walk and five strikeouts. Wow. This kid is good! It’s about time, too. I recently fell in love with this guy, he’s such a cutie 🙂

Come on, that is one cute rookie!

Anyways, Chase Headley and Edgar Gonzalez each drove in a run in the fourth. It was a short-lived lead, but it was a lead.

In a crazy play in the top of the seventh, a Diamondback hit a ball to center. It bounced, and T. Gwynn got it, threw to Everth, who threw home. The throw went off of Nick’s glove and bounced in front of Arizona’s dugout. Another runner started going for home. Nick took off towards the dugout to get the ball. As he slid for it, his momentum took him into the dugout. He flipped the ball out of his hands so it stayed on the field as he went all the way into the dugout. If he had held on to the ball, the runner would have been given home. Once he stopped, he jumped out of the dugout and threw home, where Adrian was covering. And they got the runner out! It was a crazy play, but hey, we got it done. If you would like to see the play, check it out in this link. 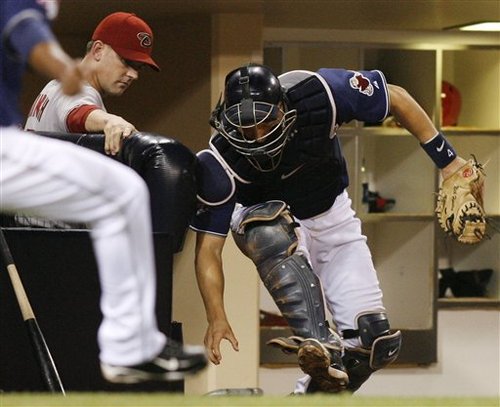 The pitching was so great! The bullpen has just been amazing, except for Heath. One of the best guys in there right now is Luke Gregerson. Man, this guy has been lights-out. It’s so cool to see!!

So, we went into the top of the ninth tied at two. Guess who came out to pitch? Yep, Heath Bell.

And guess who had his third terrible outing in a row? Yep, Heath Bell. It was so bad!! This is actually getting pretty funny. The manager did the right thing, putting his closer in there in a tie game. But something’s wrong here. Heath’s stuff is not working for him at all.

Last night, he allowed a two-run home run. We lost the game 4-2 for the second night in a row. It was not good, man. Not good at all.

So guess what Heath did last night? Frustrated over his three failed outings, and realizing that he needed to have a change, he shaved his goatee. Oh goodness. Heath’s had a goatee since 2004. I can’t imagine him without one! But Heath says it will be back by the weekend. Wow. 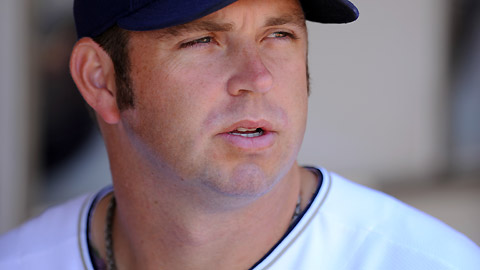 I’m sorry, but I would not put Heath in any situation unless he had at least a three run lead to work with. He’s proven over the last few games that he can’t be trusted with a one-run lead.

The Padres lost a series after winning six in a row. We were able to beat the Dodgers, the Giants, and the Rockies, but not the lowly Diamondbacks. It’s terribly sad. Hopefully we will be able to take this last game. Right now we have a 1-0 lead in the fourth, but we need more than that, boys. Definitely more than that.

The Padres’ 2010 schedule came out yesterday. We’re going to start and end the season on the road, which is a bummer. Oh well. It was cool to see what next year’s season is going to look like. Hopefully, it will be a very memorable one for my Padres 🙂

I think it’s hilarious that the Yankees have to start and end their season against the Red Sox at Fenway!! That’s just great.