Oh man, this was an amazing game. I think Everth Cabrera, the hero of the game, said it best: “It was definitely one of my worst games, but ended up being one of my best games.” 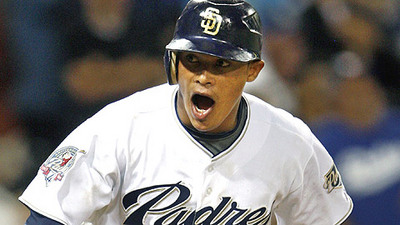 It had been a terrible game up for the Padres up to the ninth. Oliver Perez was excellent. He threw 6.1 innings, allowing only one run and two hits. Man, he shut us down!

Everth Cabrera made an error in the first inning that led to two unearned runs. Otherwise, Kevin Correia was amazing. He threw six innings, allowing six hits and no earned runs. He was good too.

Before the ninth, the Padres had left seven runners on. The score was only 2-1, and they should have scored at least one run by then. But they didn’t, so they went to the bottom of the ninth losing by one run.

I fully expected my boys to come back, though. It was only one run, and with this team, that’s gotta be possible. I didn’t think of all the opportunities they had missed already, I just thought of what they could do now. Sure, we were going up against K-Rod, but this is the new and improved Padres. Anything is possible.

The innings starts. Kyle Blanks walks on five pitches. Will Venable comes up and doubles down the right field line. Blanks races all the way around and doesn’t hesitate around third as Glenn Hoffman brought him in. The throw comes in, but Blanks touches the plate and the umpire calls him safe. The replays show that the catcher did get Blanks’ hand before it got the plate, but the Padres got a huge break there.

I instantly hoped that we wouldn’t go into extra innings. No no no, not that again. But we did have a guy on third with no outs. We had to get him in. We HAD to!!

Henry Blanco walked, then Oscar Salazar was intentionally walked. That brought up the amazing rookie, Everth Cabrera. So bases loaded, 2-2 tie, NO OUTS.

I have no idea why the Mets walked Salazar to get to Everth, since Everth is clearly a better player than Salazar, but there probably were a couple reasons. Everth had struck out three times already that night. He was a rookie, and this situation could put a lot of pressure on him. But I knew that if Everth couldn’t get it done, Eck was right behind him. There was no possible way we would get out of this inning without scoring a run.

So, Everth vs. Rodriguez. Rookie vs. star closer who had already blown the save.

This at-bat was so stressing!! First two pitches: called strike, swinging strike. Then ball in dirt. Two fouls. One ball. One foul. One ball. You just knew that something had to give here. This was the last at-bat. Full count. K-Rod was taking his time.

Finally, finally, the very last pitch was thrown. Everth hit it to right field. Ted Leitner said it would at least win the game. Then suddenly, it was gone!! WALK-OFF GRAND SLAM FOR EVERTH CABRERA!!!! 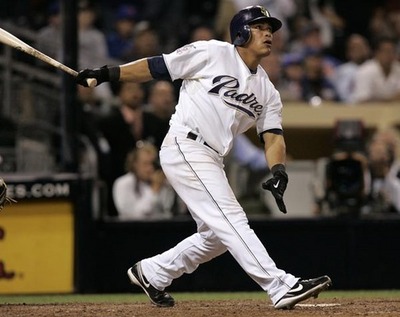 Oh my goodness, it was soooooo exciting!! I was hanging onto every single pitch in that ninth inning, and we finally got it done!! It was so great. That was the Padres’ first grand slam of the year, and Everth’s second major league home run. What an excellent way to end the game, huh? Sooo exciting. I was super hyper. It was amazing!!

Oh man, I love Everth. He is soooo amazing!! His defense is great, he can hit, and look, he’s only going to get better. Wow. I love him sooo much!! What an amazing baseball player.

So, the Padres did what I asked for: get a split of the series. But now they have the chance to win the next two as well. How cool would that be?

Mat Latos is pitching tonight against Bobby Parnell. Mat’s going to have another great outing, I think. He’s been so good in his past few starts, and I think he’s going to do very well again. And with his amazing offense behind him, he can definitely get this!!

I am sooo excited about these Padres right now. They are amazing!!

Let’s get this series, boys. 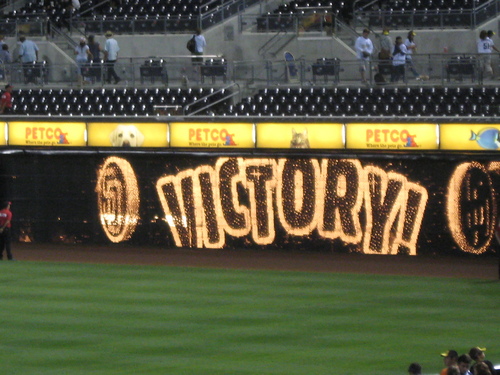