But, what is also not good is that the Padres are in a terrible slump right now. They have lost five games in a row with no signs of stopping. Now that is a problem.

Time to get out the old restrictions.

First off, since we are in San Francisco, during batting practice every player must try to hit at least one ball into the bay. 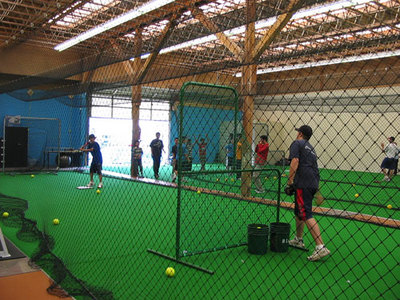 (and yes, those are kids)

You guys seem to have been a little slow lately. Maybe we should cut out on the baked goods?

So, cut out on the donuts and take a ton of batting practice? Is that enough for today? Almost…

Josh Banks is pitching tonight in the second game of this four-game series as the Padres go for their first win of the week.